Our Louvre private tour is a masterpieces selection also designed to give you a comprehensive introduction to the architecture and the history of the famous museum. Done by a postgraduate licensed guide, it is a genuine private tour for you and your party only. 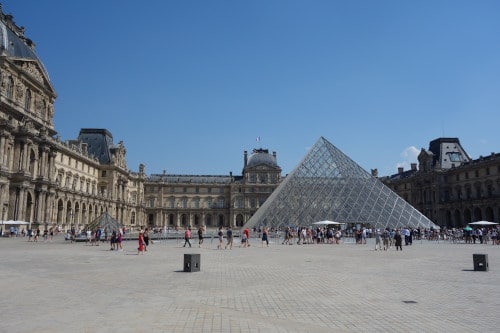 The Louvre private tour in a nutshell

What’s in the Tour?

A Glimpse on the Tour Masterpieces

Venus de Milo ; Nike of Samothrace ; Psyche Revived by Cupid’s Kiss ; Michelangelo’s Slaves ; Coronation of Napoleon by David ; Raft of the Medusa by Gericault ; Liberty Leading the People by Delacroix ; The Wedding Feast at Cana by Veronese ; The death of the Virgin Mary by Caravaggio ; La Belle Jardinière by Raphael ; The Virgin and Child with Saint Anne by Leonardo da Vinci and for sure Mona Lisa (*) and much more.

Is a Louvre Private Tour Worth It?

Visiting the Louvre is often a once-in-a-lifetime opportunity and the 9 miles of corridors and 38,000 works of art can easily transform it into an overwhelming experience. So yes it’s worth it! The problem is to find a good knowledgeable guide at a reasonable price.

How Long it Takes to Visit the Louvre?

The Louvre is huge you would need weeks to see everything. To have a nice first understanding of the Louvre you better plan a full day there. A 2 hours private tour drives you directly to the main works of art and helps you to understand how is organized the museum and find your bearings there, so you will be able to make the most of the rest of your day there.

Is Mona Lisa Included in the Tour?

Mona Lisa is on the tour route in Salle des Etats room, so yes you will see it during the tour. But, to admire it close up there is always a long line non-compatible with the tour. The tour ends not fare to Mona Lisa, so you will easily return there to queue up after the tour if you want.

When to Better do a Private Louvre Tour?

To avoid a too-crowded Louvre during the high season booking an early morning tour at 9 AM when the Louvre opens its doors is a good strategy. Nevertheless, if you don’t want to spend the all day in the Louvre an even better solution is to book a Friday evening Louvre Tour (On Fridays the Louvre closes at 9:45 PM instead of 6 PM).

What Are the Days to Better Avoid a Louvre Private Tour?

Do not come on July 14th (Bastille Day) as the Louvre is free for everybody… Avoid weekend and peak hours during high season. Also avoid Monday as this is the Orsay Museum’s closing day, so more people may come to the Louvre. Check Google Louvre’s business profile Popular Time section to get visit statisics by day. Last, due to renovations, some rooms close during specific days of the week, so you better check the Louvre rooms closure schedule before planning your coming.

Is It Possible to Go Outside and Come Back with the Same Louvre Ticket?

No, any exit of the Louvre is final.

I Want to Spend All Day in The Louvre, Is It Possible to Eat There?

Yes, at the Pyramid reception area (Goguette, Comptoir du Louvre, Starbucks, and two take away counters) or even in the galleries at café Mollien and café Angelina.

I Want a Guide for The All Day in The Louvre, Is It Possible?

What Are The Rules to Follow When Staying in The Louvre?

A dedicated Louvre website page describes all the Museum rules.

Our Private tour is definitely
a must
for a first visit of the Louvre! 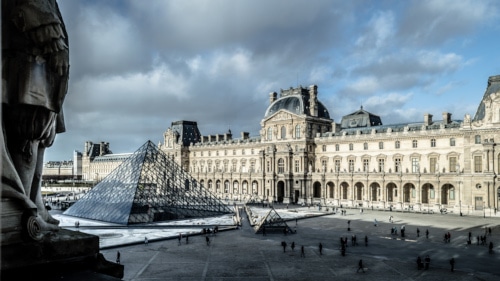 The huge Cour Napoleon with the famous pyramid in its center only gives a partial view of how big is the Louvre. Our private Louvre guided tour will help you to understand how is organized the museum and find your bearings there. Credit Photo by Chris Karidis on Unsplash.

Our tour starts by the beginning: the impressive underground remnants of the ancient fortress built by the King of France Philippe Auguste (the rival of English king Richard the Lionheart) and transformed into a medieval palace by King Charles V.

Etching representing Paris around 1630. On the left part, the picture depicts the right bank of the Seine River with the Louvre castle. The remaining parts of the medieval castle are clearly visible as the Lescot Renaissance wing and the newly built Great Gallery alongside the river. View of the Louvre, Jacques Callot, Arts Institute of Chicago.

Built by architect Pierre Lescot under the reigns of Francois I and Henri II it is a reference of the French Renaissance.

There you will discover the magnificent Henri II grand staircase as the « Salle des Caryatides » a 6458 ft² reception room, a masterpiece of the Renaissance with its four impressive caryatides by sculptor Jean Goujeon.

Many historical events happened in the room as for example the first time Molière performed a play in front of Louis XIV. 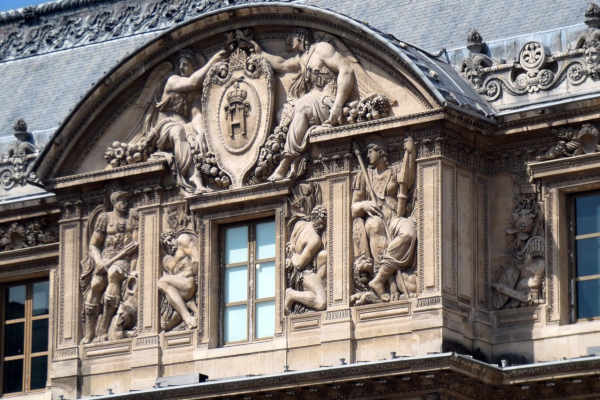 Detail of the facade of the Lescot Wing, built between 1546 and 1551 this is the oldest portion above ground of the Louvre. This Renaissance building influenced by Italian Mannerism, later on, became the reference for French Classicism. Credit DEZALB Pixabay

Situated in Denon Wing it is the most famous room of the Louvre. Built under Henri IV it was initially 460 meters long (now a third less).

Future King Louis XIII was playing there when he was a child. Nowadays the Great Gallery houses most of the Louvre Italian Renaissance painting collection. 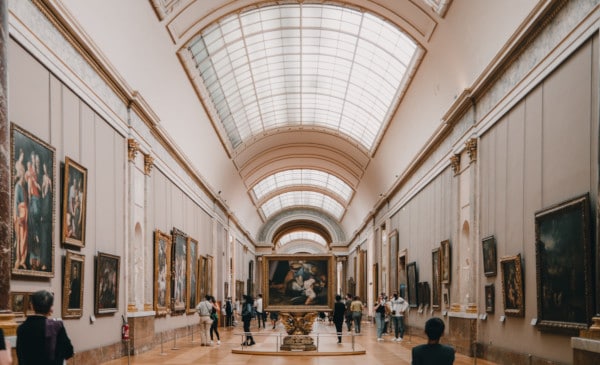 The Great Gallery where is the Italian Renaissance paintings collection.  Credit dat-vo Unsplash.

The apartments of the Sun King’s mother are famous for their magnificent painted and stucco work. [Temporary closed for restoration to mid-2023]

The gallery is named after the theme of its decoration from walls to ceiling: Apollo glorifying Louis XIV as the Sun King. Designed by the King’s first painter Charles Lebrun the magnificent work was continued by many famous French artists such as Delacroix with its Apollo Slays the Python.

Reopened in 2020 after a spectacular cleaning up. It is a prototype of French Baroque (Classicsm) used as a reference for the Hall of the Mirrors at Versailles. 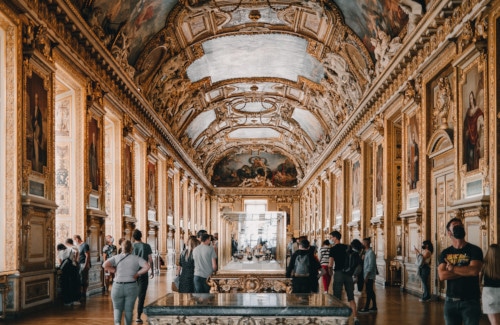 The Apollo Gallery: The Sun King Louvre where are the Jewels of the French Crown.  Credit dat-vo Unsplash.

These two rotundas respectively serve the Anne of Austria’s apartments and the Apollo Gallery. In the walls are engraved the impressive list of Louvre’s most important sponsors and donors.

When Louis XIV left the Louvre for Versailles he attributed the room to the Royal Academy of Painting and Sculpture which organized there its yearly art exhibitions. They were called the « Salons » in reference to the room name.

Later on, in 1810 the religious wedding ceremony between Napoleon I and Marie-Louise of Austria was celebrated in the Salon Carré.

It was created in 1863 with the huge Daru and Molien rooms decorated by Alexandre Dominique Denuelle. The two rooms are still under the imperial color (red and gold) and now house world-famous 19th-century French paintings.

Daru Staircase & the Nike of Samothrace

The impressive huge Daru Staircase was also designed under Napoleon III. It is not only an amazing setting for the Winged Victory but it is also the entry gate of five must-see collections of the Louvre: 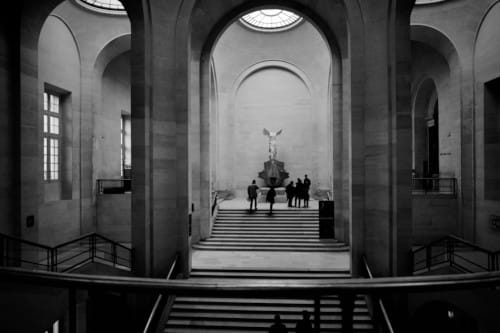 The Daru Staircase with in the background the Nike of Samothrace.  Credit Kazuo-ota Unsplash.

The Louvre ancient Greece & Rome collections are extremely rich with for example some frescos from Pompei, some fragments of Athens Parthenon frieze, etc. The tour will meanly focus on the world-famous masterpieces of the collection:

The two Louvre’s Original Greek Sculptures from the Hellenistic Period 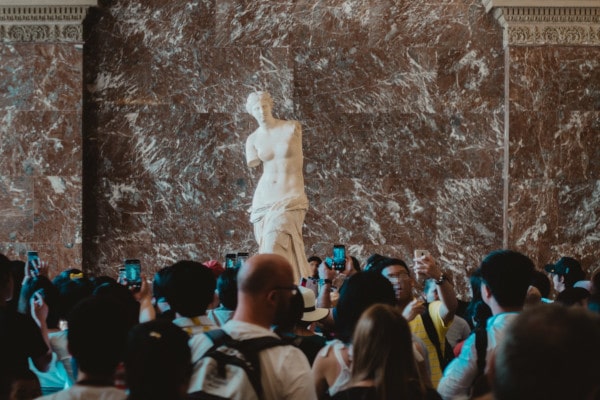 In the Great Gallery and the Salle des Etats is housed one of the world’s most prestigious Italian Renaissance painting collections from Trecento (early stirrings of the Renaissance) to High Renaissance and Mannerism.

Beginnings of the Renaissance

A gallery named after two famous non-finito sculptures by Michelangelo: The Dying Slave & The Rebellious Slave.

Nearby is Psyche Revived by Cupid’s Kiss by Antonio Canova, probably the world’s most romantic sculpture. 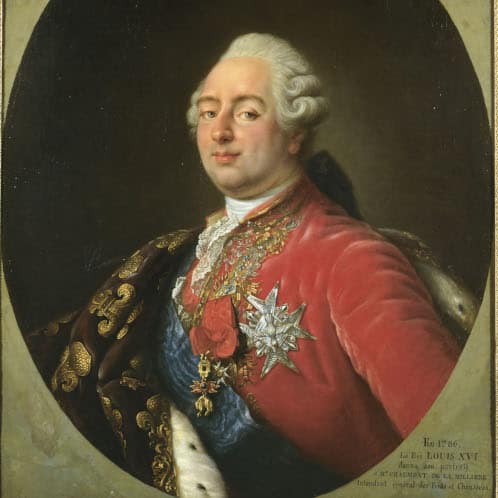 Portrait of Louis XVI wearing the blue ribbon and the breast star with diamonds of the Holy Spirit Order. 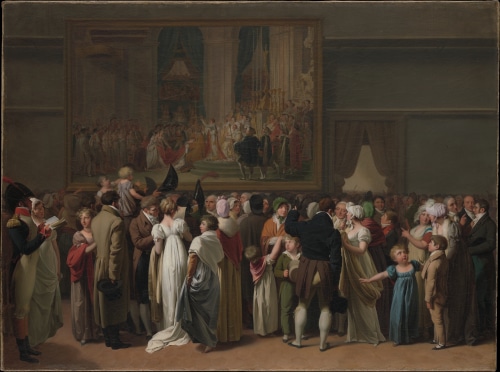 1810 Painting by Boilly representing a public view of Jacques-Louis David « Coronation of Napoleon » The David huge painting (+/- 10 x 6 meters) completed in 1807 was exhibited on three occasions between 1808 and 1810 in the Napoleon Museum (nowadays Le Louvre Museum). You won’t be the first one to admire this David masterpiece!

And many other interesting works as Antoine-Jean Gros realistic Napoleonic paintings which make a transition between Neoclassical and Romantic styles. 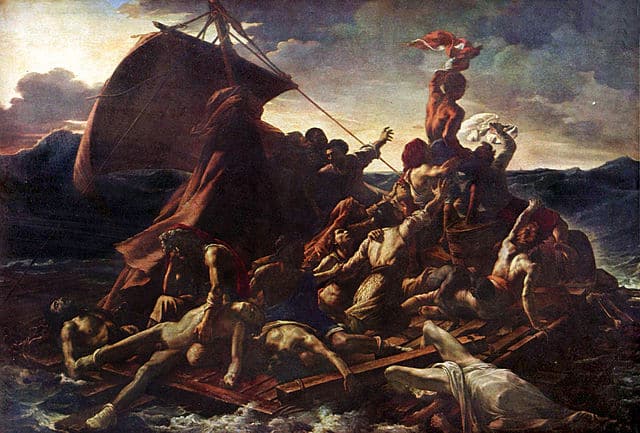 The Raft of the Medusa by Gericault. Credit: The Yorck Project – GNU Free Documentation License. 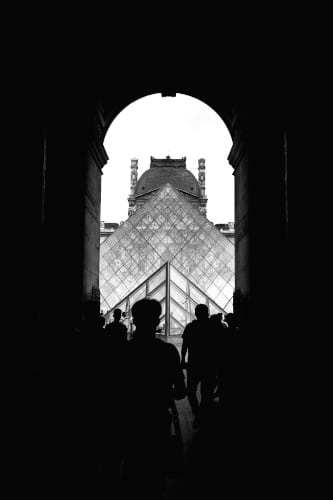 View of people entering in the Louvre by Richelieu Gallery coming from rue de Rivoli and Palais Royal. Photo by Serge Kutuzov on Unsplash 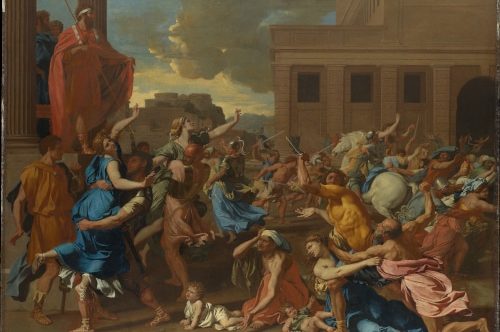 The French call the 17th century “Le Grand Siècle” (the great century), the one of Louis XIV the Sun-king, when France started to dominate arts for more than 250 years. 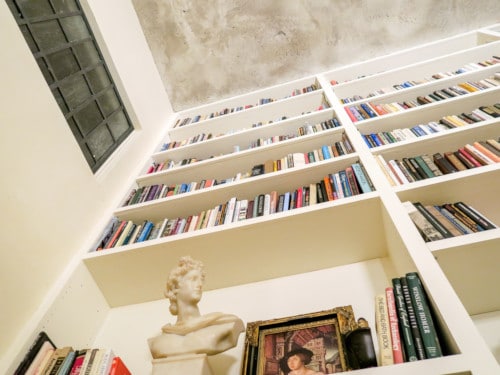 French painting crash course in the Louvre. 500 years of painting from the mid 14th century to the mid 19th century. 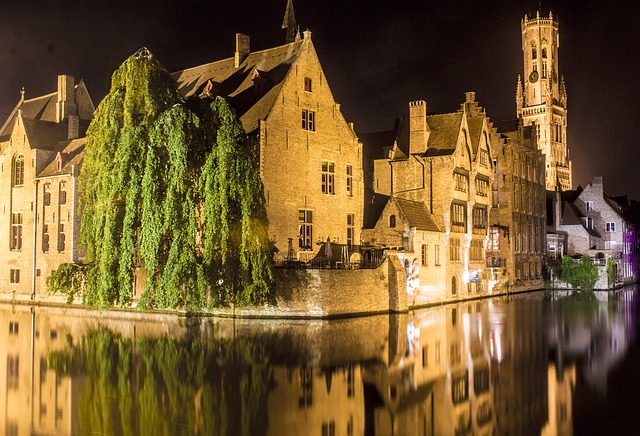 See all our other Louvre private tours